WHEN DID PEOPLE START POSING FOR PHOTOS? 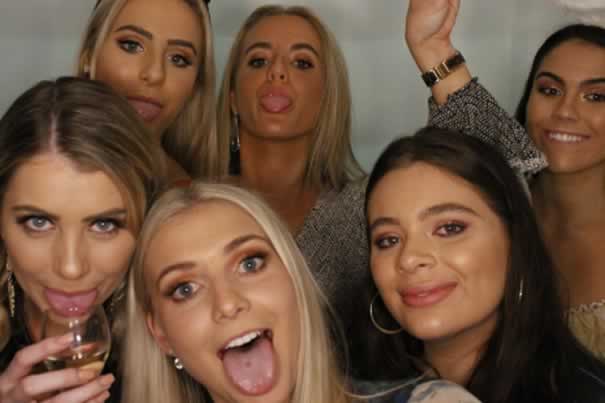 Striking a pose for a photo seems to come so naturally for many of us in this age of the selfie and social media. But things weren’t always like this, and a quick glance at Google will show you how people in the early days of photography started out taking very serious and formal photos with poses to match.

In that sense, people started these serious poses back in the first half of the 1800s. Lots of theories abound as to why people were super serious in photos at the time, from the long photo processing time which required people to stay absolutely still for minutes at a stretch, to a proliferation of horrible teeth.

Other theories include how posing for photos might have evolved from posing for painted portraits (so try holding a toothy grin for hours on end instead of the minutes that the first cameras needed). There was also the theory of how smiling was actually frowned upon in 19th century society—it was said to be only for children, or the weak-minded.

Still other theories expounded on how the prevalent practice of post-mortem photos obviously precluded capturing smiles, and how only the rich could even afford to have their photos taken, which meant preserving dignified likenesses for posterity.

So it took quite a while before smiling for photos, along with more natural, less rigid poses took off round the turn of the 20th century. By then, people started looking less like they were going to a funeral and more like the way they really were outside of a studio and in a real-life setting.

Ironically, that meant people started posing less for the camera, allowing themselves to be captured naturally (or at least, fixing it so it looked that way). It wasn’t until the middle of the 1900s that people seemed to start posing the way we might think of it today, mainly for fashion shoots and marketing materials for movies.

As cameras became also more and more affordable, pretty much everyone started taking and keeping pictures of everything from their children (or their students) to events and other social gatherings. The steady progress of the technology behind cameras also made jump shots and other poses that were unheard of a hundred years ago, possible and commonplace.

By the time the current millennium rolled round, hand signals, selfies, funny faces and creative photography that exploited filters, framing and perspective had become the norm.

But when did people start posing for photos in a photo booth?

The answer to that lies in tracing the history of photo booths, themselves. The first photo booths that bore any similarity to the ones we’re familiar with in terms of how they work and what we use them for, might actually be traced back to Paris in the latter half of the 1800s.

Incidentally, it was also around this time that people started using backdrops and props for posing, as some of them couldn’t help noticing the “another time and place” feel photos had about them. Some of the more creative types started staging photos the way they would a stage play, and take photos of people in fantastic costumes with matching props.

Photo booths became more mainstream in New York during the first half of the 20th century, toward the end of which they started being used commercially in shopping centres for things like passports and ID’s.

It was in 1990s Japan, however, that the seeds of our party photo booths seem to have been sown, with the advent of the playful booths people took photos in that were printed on what became known as Purikura stickers.

By the 2000’s, digital photography had made photo booth technology more portable and adaptable to changing venues, as well as expanded the creative possibilities of each shot.

Different backgrounds and props for people to incorporate into their poses became standard operating procedure, and it was up to the creativity and imagination of the photo booth operators to give people as many options for posing as possible.

Start striking your own pose at your own event with Get Photo Boothed, where you have a choice of packages for Fully Enclosed Booths, Inflatable Photo Booths, and Open Photo Booths, plus a selection of 50 super fun props. Book a photo booth with us, today.

5 FUNNIEST WEDDING PHOTOS OF ALL TIME

We accept secure payment via credit card and direct deposit. We also accept Bitcoin and Qoin.

GET SOCIAL WITH US!